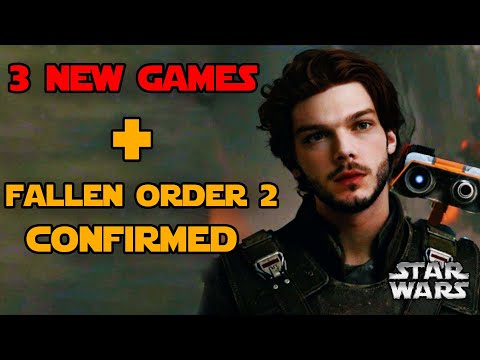 Star Wars video games are few and far between at the moment, despite the fact that we’re seeing a slew of Star Wars content from Disney through series such as The Mandalorian and The Book of Boba Fett. For a long time, Star Wars fans have wanted more from games set in this beloved universe – now, it looks like that’s exactly what we’re getting. Both a Star Wars: Knights of the Old Republic Remake and a new Star Wars FPS from Respawn Entertainment are on the way. It’s never been a better time to be a Star Wars-loving gamer.

At the moment, Star Wars Jedi: Fallen Order 2 does not have a release date from EA. The Publisher has confirmed that the next game in the Star Wars Jedi series is already in development with Sting Asmussen returning as game director for the project.

We’re not expecting any confirmation of a release date anytime soon, but as we approach May 4th – ‘Star Wars Day’ – we could see more information become available.

Things are set in motion to reveal the next Star Wars Jedi: Fallen Order game by Respawn Entertainment.

EA has yet to confirm the Star Wars Jedi: Fallen Order 2 platforms. It is likely, though, that we will see this title released simultaneously on PlayStation 5, Xbox Series X’S, and PC.

At the moment, we don’t know whether the game will be released on PlayStation 4 and Xbox One consoles – despite the fact that the first Star Wars Jedi game was.

We haven’t seen any gameplay for Star Wars Jedi: Fallen Order 2 yet – however, EA has confirmed that the Star Wars Jedi series will be continuing as an action-adventure game.