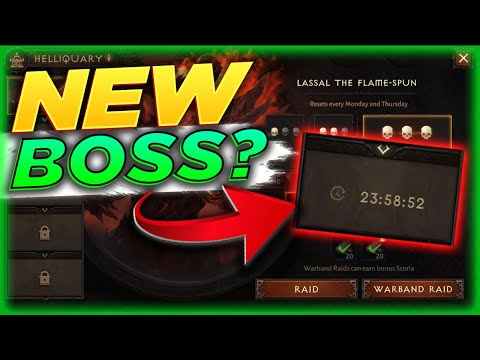 The codex has been mocking the Immortal devil players for weeks, asking them to kill Vitaath. But this boss, although present in the closed beta of the game, was not available at the exit.

As Blizzard announced, a boss will be added to Helliquary, and Vitaath has made his debut on July 1 . However, the disappointment turned out to be great for some players, especially for those who do not use real money in the store to obtain more legendary gems with which to increase the combat and resonance index.

Defeating the third version of Lassal took the players a long time, with a recommended combat score of 1640, which was not easy to achieve without buying legendary blazons. The progression is even more exaggerated with this second boss, since the first version of it advises a combat score of 2000 to the players. His second version of him asks for 2450, and the third, the a whopping of 3465.

Even taking into account the increase in Paragon levels on the server, and the fact that the players have begun to reach Hell 3 with higher quality equipment, approaching 2000 score is still difficult. However, it is possible to kill the boss with a combat score slightly below the requirement if you play well. The second version will probably ask you to play with people who have paid, if you want to kill Vitaath this week and in the next.

The annoying thing is the third version, with a combat score that increases by more than 1000 , for a total of 3465. The message is quite clear in this case, this version of the boss is aimed at players who have spent a lot money in the game, since high quality legendary gems are needed to reach such a score.

This can be seen as another incentive to spend unreasonable sums in the store . You will have to wait for them to pass at least several months before F2P players can reach such a high score , and it could well be even more, given the atrocious slowness to which it is possible to obtain legendary gems without paying.

To a third boss reserved for whales?

If Blizzard continues in this direction, it could mean that the third head of the infernal reliquary, which is scheduled to arrive on August 1, will require more than 3465 points, only for its first release.

But if this trend continues, the free to play players will have to wait many months, even years, before facing the next bosses, since the inflation of the combat score seems to be much higher than what the players are able to obtain while They play normally.