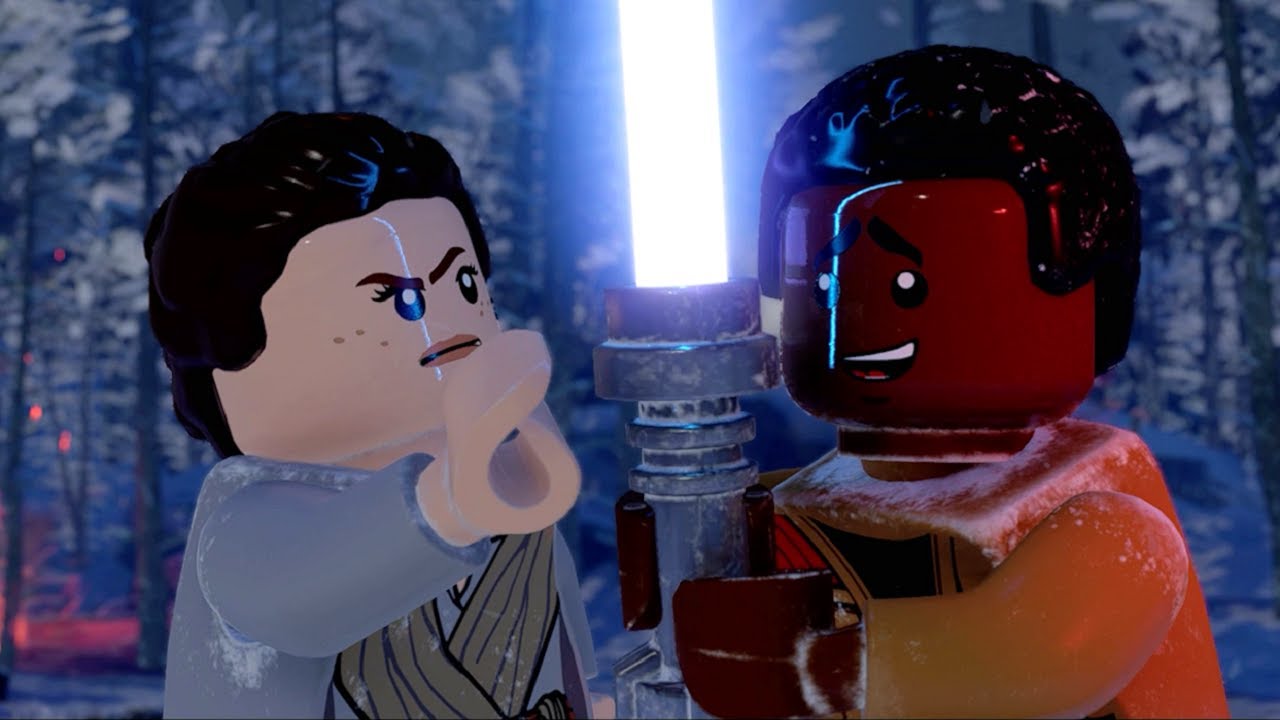 We begin the third trilogy of Star Wars with the Episode VII: The Force Awakens In Lego Star Wars: The Skywalker Saga! I tell you some tips to easily overcome the curious challenges proposed by this episode.

Remember that you don’t have to overcome them at first. You can reinstate all the challenges by selecting the episode again in the menu.

First order of the day

Holiday!: * Activate the disco.
Purtive mission: Find an underground route to the hangar.
* Dangerous work environment:defeat enemies with the dangers of hangar.

Tips: To activate the disco, you must move along the first corridor without jumping the alarms. Break the objects on the corner when you reach the next room and Build a console . Interact with this console and enjoy.

To find the underground route you must be attentive from the beginning of the level. Take the path on the right and break a crane using the grenade. Follow that path.

Finally, the third mission is achieved by shooting a Diana that is under an at-to. I am not going to tell you what happens, only that the mission is complete.

I am improving:defeat 3 Tie in 5 seconds.
It is not easy without co -pilot !: successfully dodge an enemy projectile that is directed.
How under you are willing to fall ?: Lose or defeat an enemy while flying between the debris of the ship’s cemetery.

Tips: Try to do Pirouettes and evasive movements to dodge the projectile. The rest is pure skill. Trust strength!

harvest what is sown

Torta: * Take control of the turret from below.
High position: Find a route to the advantageous position.
* RATHTAR trap:defeat the second Rathtar that blocks the road instead of jumping it.

Tips: The second mission is the most complicated of the three. After defeating the first Rathtar, he continues to advance through the doors that open with a Astromechanical console to the Torreta room. Once there, use the scoundrel ability to shoot the ceiling pipes and thus make a catwalk fall. If you find a Minikit , you go well.

Finally, shoot (with a scrap blast) to the cracking roof on the Rathtar to defeat it.

Queen of the Starkiller

Cut in the snow: * Leave the assault soldiers outside the base.
King’s flight: Discover King’s flight through the base of the Starkiller.
Pull carpet: Find a way to fly the sniper bridge (shoot with a scoundrel character)

Tips: If you want to leave the assault soldiers out of the base, at the beginning of the level, go through the hall on the right and even reach controls. Close the door through which the soldiers leave using a hook character.

On the other hand, to see how King escapes, go to the right at the beginning of the level and you will see it through a window.

Destruction of the Starkiller

What a pilot!:Escape 3 times from enemy sensors.
Snow joke: Turn Kylo into a snowman.
Keep calm: Remove the 5 -soldiers helmets.

Tips: Turning Kylo into a snowman is very simple. Use a character Sith or Jedi to lift a snowman and throw it using strength.