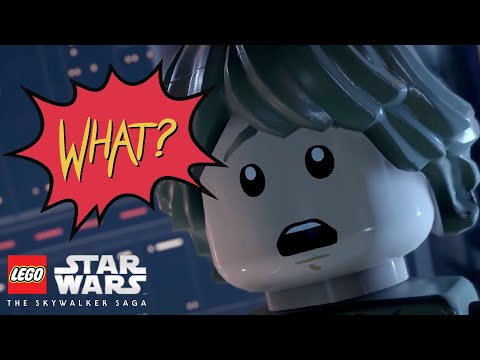 Despite some adversity during development, LEGO Star Wars: The Skywalker Saga at the beginning of the month has a very successful start.

With a total of 3.2 million units sold during the first two weeks, the latest LEGO STAR WARS title is even the most successful Lego game of all time to start. On top of that, the sales records for Lego console titles were cracked in the field of platform, region and edition.

Lego Star Wars: The Skywalker Saga contains the stories of all nine main films with over 300 playable characters, 45 story missions and countless planets for exploring.

With the extensions comprising Rogue One: A Star Wars Story and Classic Character Pack, which are both part of the Season Pass, come other popular characters such as Jyn Erso, Bodhi, K-2So, Chirrut, Baze and classic versions of Luke, Leia, Han Solo, Darth Vader and Lando Calrissian added.