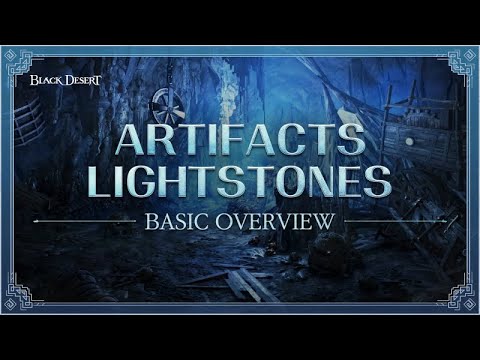 Last December, the studio Pearl Abyss organized a new edition of his Calpheon Ball (his online community convention) and sketched some of his projects for Black Desert Online **. In the lot, the developer indicated his intention to leave more freedom to players in the improvements of their equipment – notably to better adapt them to their style of play.

It is the object of the system of artifacts and light stones that has just been deployed on the servers of the action MMORPG.

In concrete terms, players now have access to artifacts (two can be equipped with a character) and each artifact has two special locations that can accommodate light stones. Each artifact and light stones unlock specific bonuses, and composing coherent sets and combinations also allows these bonuses. In other words, players will be able to choose to privilege offensive or defensive effects, special or profession, depending on their style of play.
In addition to new customization options, we understand that this system of artifacts and light stones also aims to expand the Black Desert Online gameplay, since it will find the artifacts and the stones of lights (and sometimes refine them before being able to use them alchemy.
The developer details the operation of the video system and on the official website.

Also note that the XBox version of Black Desert Online is currently celebrating the third anniversary of its deployment. As usual in these circumstances, animations are organized in-game (until 16 March), allowing to unlock various rewards.