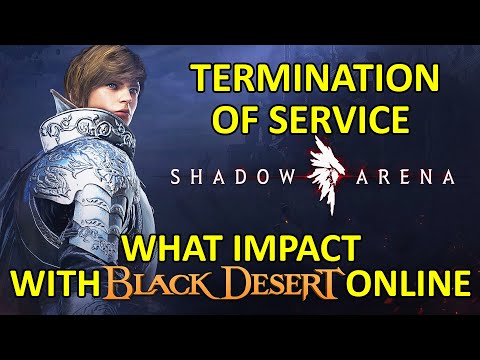 ‘Shadow Arena’, which was created as a standalone game starting from the battle royale content shadow battlefield of Black Desert, has decided to end its service after 2 years and 8 months.

On the 8th, Pearl Abyss announced on the official website of Shadow Arena that the game service would be terminated on August 10th. In response, Pearl Abyss said, After being first introduced at G-Star in November 2019, after completing four closed tests, we started Early Access in May 2020. We set it as our goal, but we decided that it would be difficult to provide the unique tension and fun anymore, so we decided to terminate the service after long consideration and review.

In fact, Shadow Arena had only 4,958 maximum concurrent users in the early days of Steam Early Access, and since then, the number of users has continuously decreased, so the daily maximum concurrent users as of July 8 is only 19. Due to the nature of Battle Royale, where many users clash, it is important to maintain a user pool beyond a certain level, but it seems that the service has not been satisfied and has decided to terminate the service.

At Shadow Arena, game downloads and G-coin payments will be suspended with the start of the last season on July 8, and refund requests will be accepted until August 10. The service end date is August 10th.

Meanwhile, Pearl Abyss is developing new titles such as Red Desert and Goblin along with the Black Desert Service.